This contribution looks at a fictional text consciously set up to bewilder readers and challenge their views. The penis story is the only short story so far by the politically activist, New York-based lesbian writer Sarah Schulman. Composed at the very outset of her career, it tells of a lesbian character that, under the influence of a frustratingly reined-in relationship with a woman who is waiting for a man to rescue her, wakes up one morning only to find herself with a penis. We follow the character’s experiences, which are both funny and informed by a strong sense of gender and sexuality, until she becomes dissatisfied with her physical appendix and decides to have her female genitals reconstructed. The essay analyses this story through the lenses of a chapter entitled Undiagnosing gender from the queertheorist Judith Butler’s recent collection Undoing gender (2004). Such a juxtaposition proves able to elucidate how especially gender and sexuality operate as performative and transformative realities in the story, and to help a better understanding of the heteronomy paradoxically always informing the concept of autonomy that is at the heart of transgender studies. 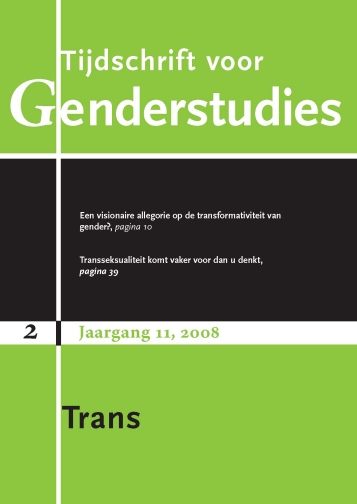